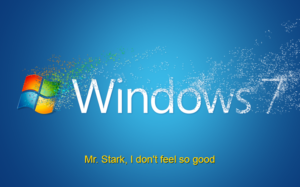 Support for Windows 7 — arguably still the most popular OS on the market right now — is coming to an end. As of June 2018, nearly 40% of all PCs were still running Windows 7. Use of Windows 7 is even higher among businesses, at nearly 70%.

Despite the popularity of Windows 7, devices that support it are disappearing quickly: they may no longer be available by the end of 2018. Deploying Windows 10 while upgrading existing Windows 7 machines can be costly and time-consuming. If you continue to roll out devices with Windows 7 installed, you’ll need to update them while in use. The more Windows 7 devices you have, the more complicated switching to Windows 10 becomes, and users will likely experience massive disruption. Projects to plan the deployment of Windows 10 and upgrade existing machines can last up to 6 months and, depending on the size of the organization, cost up to $50K in project management and services fees.

Can you imagine the impact to your business if the operating system that most of your company is using can no longer be supported and upgraded for security? Do you have an execution plan for Windows 10 in place?

What is extended support?

Under extended support, available to users who installed Service Pack 1, Microsoft will continue to offer patches for security threats, as well as hotfixes for bugs in the software. No new features will be added, however, and no new service packs will be released.

Planning the next steps:

For organizations still using Windows 7, now is the time to think about upgrading systems and devices.

Here’s a list of next steps to start your planning:

Why make the change?

Since Windows 7 was first released in 2009, there have been major advances in client computing hardware and software – from the rise of cloud-based apps and services to tighter security enhancements built into processor chips. All PCs sold since October 2016 have Windows 10, and newer chipsets from AMD and Intel aren’t compatible with older operating systems. On older computers, Windows 10 will run slowly, if it runs at all.

Here are some compelling reasons to switch to Windows 10:

Will your computers and systems stop working once extended support ends? Not at all. But there are some important security issues to consider. Most importantly, without security updates and patches, systems and devices are at a much higher risk for data breaches, exploits, and bugs. The only way to avoid this is to keep your computer and its environment under lockdown, and this is simply not practical for most users.

There’s still plenty of time to plan and upgrade your systems. Remember that without security updates, your computers, and your data, are at risk. There is good news, however. With Windows 10, Microsoft adopted a Windows-as-a-Service (WaaS) model of continuous delivery, so your computers will always run the latest release.